The latest news of Indian Political Map will give you a brief overview of this country, includes all the states and union territories in the country with state capitals… 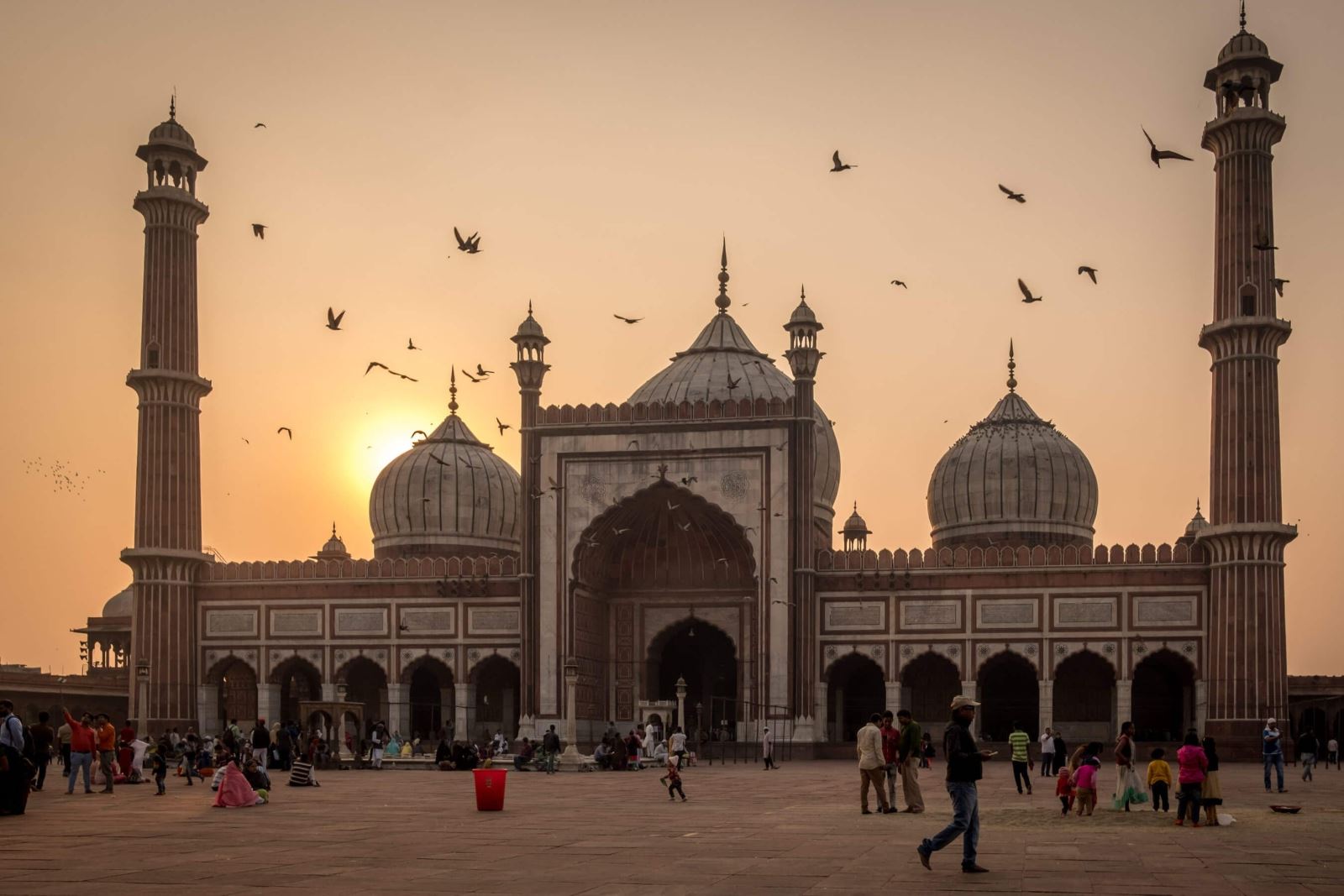 The latest news of Indian Political Map will give you a brief overview of this country, includes all the states and union territories in the country with state capitals.

India, also known as the Republic of India is a country in South Asia. This country is the seventh largest country by area and with more than 1.3 billion people, includes a total of 29 states along with seven union territories. Not only it is the second most populous country but also is the largest democracy in the world.

Coastline of India measures 7.517 kilometers in length, out of which a distance of 5,423 kilometers belongs to the peninsular India and it shares a maritime border with Thailand and Indonesian 2,094 kilometers belonging to Andaman, Nicobar and Lakshadweep island chains. Is it interesting to know that the Indian naval hydrographical charts along with mainland coastline include 43% sandy beaches, 46% mudflats or marshy shores and 11% rocky shores. For more information, just need to read the Indian political map hereby.

The Indian Political Map basically shows all the states and union territories in the country with state capitals. Here’s a brief overview of India.

Eastern India covers a total area of 418,323sq km, consists of the states of Bihar, Jharkhand, Orissa, West Bengal and a union territory Andaman and Nicobar Islands. Citizens here speak English, Maithili, Nepali and Urdu. Bengali is the dominant language in the state of West Bengal whereas Odia and Hindi are the principal languages in the states of Orissa and Jharkhand respectively.

The Western region of India covers a total area of 508, 052sq km and has the financial capital of India – Mumbai. Thanks to the capital city of Maharashtra, states of western India have a prosperous economy with relatively high standards of living. Some of the popular states of western India can be listed are Gujarat, Goa and Maharashtra with the Union Territories of Daman and Diu and Dadra and Nagar Haveli. Official languages of the states lying in Western India include Marathi, Gujarati, Konkani and English. 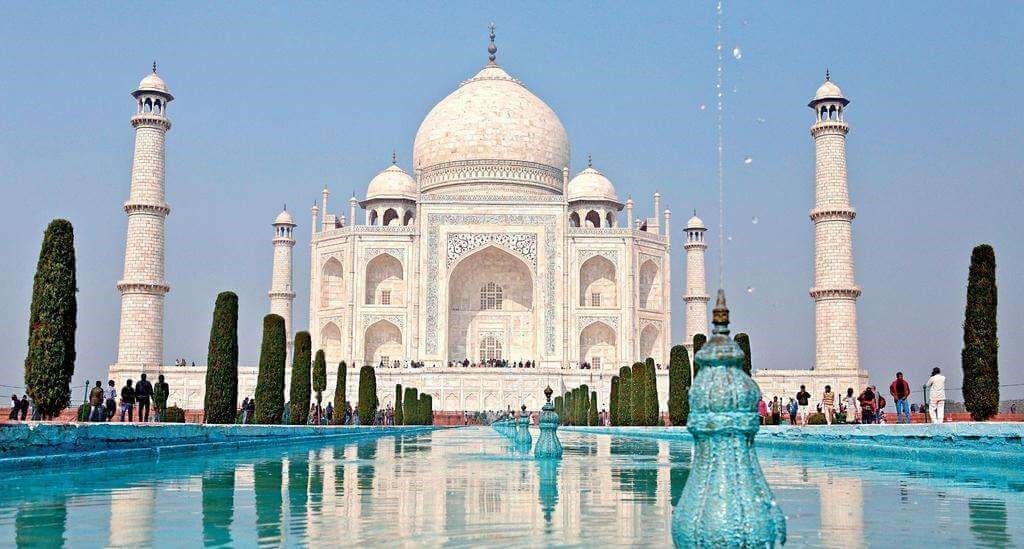 The North India has many populous cities such as New Delhi, Jaipur, Lucknow, Indore, Patna and Chandigarh, among them, Delhi is National Capital Territory. The economy of northern India is growing at a fast pace.

Over 19.31% of India’s total area is occupied by many states and union territories in Southern India as Tamil Nadu, Karnataka, Kerala, Andhra Pradesh, Telangana with the union territories of Lakshadweep and Puducherry. Besides that, the capital of Karnataka, Bengaluru, is known as the “Silicon Valley of India” because it is the country’s leading exporter in IT sector. Most populous cities of South India include Bengaluru, Hyderabad, Chennai, Coimbatore, Cochin and Mysore. 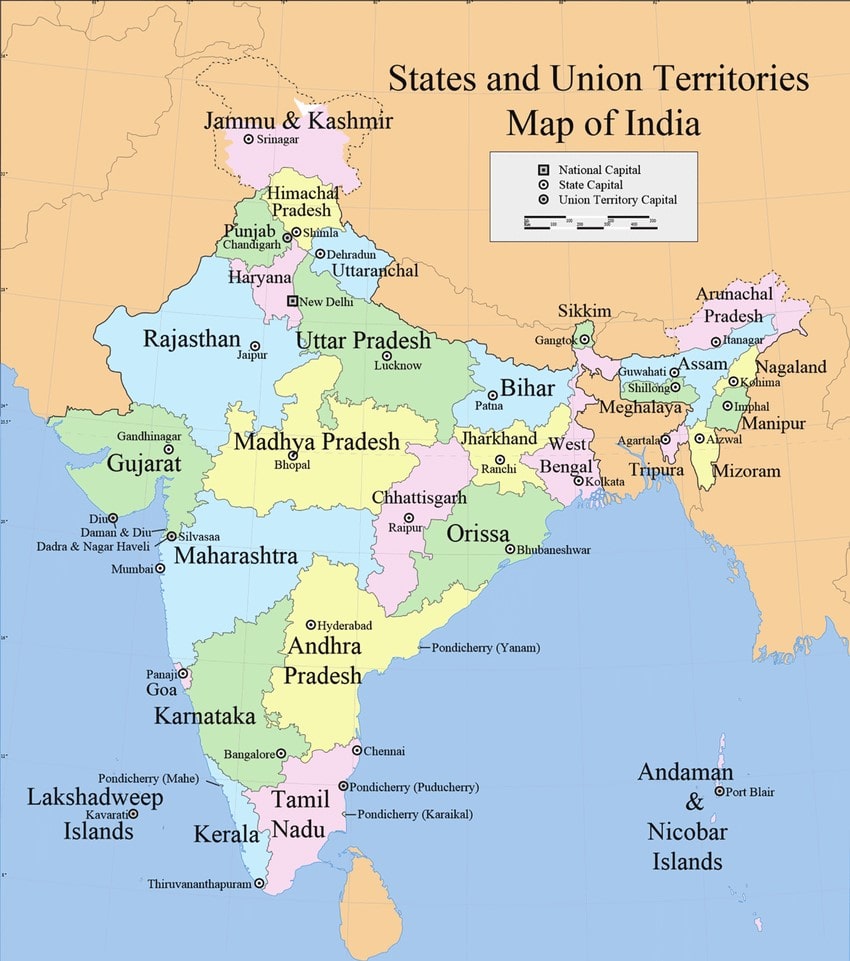 The Central zone of India primarily refers to Madhya Pradesh and the newly formed state of Chhattisgarh.

UPDATE: On 2nd June 2014, Telangana split from Andhra Pradesh and become the newest 29th State of India with Hyderabad is the capital of the new state.

There are a total of 29 states and 7 Union Territories in India. What are their capital cities? We have made a refreshed and updated list of all the states below:

How to make Vietnam visa ???

We use cookies on our website to give you the most relevant experience by remembering your preferences and repeat visits. By clicking “Accept”, you consent to the use of ALL the cookies.
Cookie settingsACCEPT
Manage consent

This website uses cookies to improve your experience while you navigate through the website. Out of these, the cookies that are categorized as necessary are stored on your browser as they are essential for the working of basic functionalities of the website. We also use third-party cookies that help us analyze and understand how you use this website. These cookies will be stored in your browser only with your consent. You also have the option to opt-out of these cookies. But opting out of some of these cookies may affect your browsing experience.
Necessary Always Enabled
Necessary cookies are absolutely essential for the website to function properly. These cookies ensure basic functionalities and security features of the website, anonymously.
Functional
Functional cookies help to perform certain functionalities like sharing the content of the website on social media platforms, collect feedbacks, and other third-party features.
Performance
Performance cookies are used to understand and analyze the key performance indexes of the website which helps in delivering a better user experience for the visitors.
Analytics
Analytical cookies are used to understand how visitors interact with the website. These cookies help provide information on metrics the number of visitors, bounce rate, traffic source, etc.
Advertisement
Advertisement cookies are used to provide visitors with relevant ads and marketing campaigns. These cookies track visitors across websites and collect information to provide customized ads.
Others
Other uncategorized cookies are those that are being analyzed and have not been classified into a category as yet.
SAVE & ACCEPT